Arsenal – Getting closer, but is it enough?

Hands down, the most pleasing team to watch in the Premier League! Their offensive system is the opposite of Chelsea’s stiff regimen, very fluid with the front players constantly exchanging positions. So why the lack of Premier League titles? Individual quality! Although their weaknesses are well hidden in the system: Monreal/Gibbs, Coquelin or Giroud/Walcott are not top players. Don't get me wrong, I'm perfectly aware that the Coquelin addition to the midfield was pivotal last season and he can perfectly turn into a top player in two or three seasons. But, imagine this Arsenal team with Benzema playing upfront, William Carvalho as a defensive midfielder and Ricardo Rodriguez as a left back. Also, they are very thin in the central back position if they have injury problems. 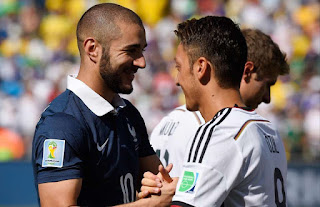 That said, Cech addition is wonderful as they need experienced players to inject some trust and confidence in the team, in order to overcome mental hurdles like beating Jose Mourinho's Chelsea for the first time. Trading-wise, it is possible they might be a bit underrated when playing their rivals as their history record against these teams is awful in the last years. I honestly think, this season can be a turning point for them, especially if they can sign one top player at least.

I don't know if Louis Van Gaal is a fan of Game of Thrones but the fact is that last season his team wore many faces. Last year, it was hard to know what to expect tactically, when I was trading them: 3 defenders/4 defenders, 1 striker/2 strikers, short-passing game then Fellaini appears and they start to play the long ball game (with some success, it has to be said!), it was puzzling. At the same time, it was fascinating that, with all this tactical variance, they ended up on a morale high and pumped up for the new season. This year, Van Gaal has stated that he intends to play the 4x3x3, but I would wait to see if that's really the case. It's hard to make a preview on them, when there are still key decisions to be made in the transfer window (De Gea comes to mind!) but I can say that a long-term problem of United was finally solved: the midfield area. 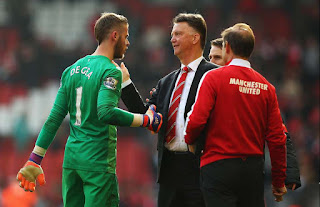 To play 4x3x3, I think they need another striker, a winger and a central-defender. All being said, I take Man United as the joker of the season. From a trading perspective, all this uncertainty about them makes it hard to price them, which can lead to some value prices arising. As an example and I'm not saying that laying Man Utd pre-game or in-play tomorrow is EV+, but I look at that price and it seems a bit low for me. Bottom line: I'm very curious about Man United this year!


I made a short preview of the Premier League title contenders to give you an example of what I said in my second post about what you can do to prepare a match that you'll trade. The big question here is: do you know the smaller teams as well? A lot of people knows these big teams, but how many people do you know able to speak about the usual starting line-up of Crystal Palace? Not many, but even less people know how they play, who are their key players and so on. I hope you understand my point! Furthermore and making football analysis more complex, a team's key player may not be their best player. If my blog was read by a lot of people this would generate a war, but while Barcelona's key player is Lionel Messi, in my opinion Real Madrid's key player, throughout Ancelotti tenure, was not Cristiano Ronaldo but Luka Modric! 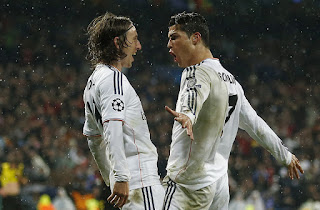 I´ll elaborate on that in the future with a post about what makes a player invaluable to a team!
Posted by Unknown at 09:41