Game of trades – The fight for the green throne!

Second trading topic and, if you are a Game of Thrones fan like me, you probably caught the title reference. So, what does a fantasy TV show have in common with sports trading? First of all, I’m not particularly fond of the fantasy theme but Game of Thrones is a lot more than that. For me, it’s mostly about human nature in a competitive environment. Similarly, sports trading is a lot about human behavior: your own and the others’. A good understanding of people’s motivations and their behavior in daily life can only help you, when it comes to trading. The second common feature, and the one I’ll be exploring in this post, is the fight between - and inside - groups of people with different skillsets for the ultimate prize: the iron throne in the TV show, and the green one in trading! 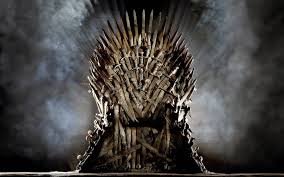 Seeing trading as a big battlefield where each one brings their own custom-made weapons!

So ask yourself, which weapons do you rely on when the match starts and you're up against the others? Other question pops: who are the others? I’ll probably leave someone out, but as I see it, these are your main opponents: courtsiders, bots, traders spotting value with mathematical models, live punters and intuitive traders based on market and/or sports knowledge.

Courtsiders always get a lot of stick on the internet as their approach is based on a technological advantage. Briefly, they base their positions on their ability to reach information first. Lots of people share the vision that they are ruining trading, and I can understand the point to some degree, but I wouldn’t worry about them. You have to acknowledge they exist, know what they are doing and get away from them as much as you can. Probably they are a bigger problem in tennis than in football, but all you have to do is find other ways to trade, without competing directly with them. Also, although they exist and can make a living out of it, I’m pretty sure there is a fierce competition among them and a lot more failed courtsiders than successful ones. If you do football pre-live trading, which I don’t, there is also an information competition for the starting line-ups, which could also be classified as some sort of courtsiding but is generally not spoken of. 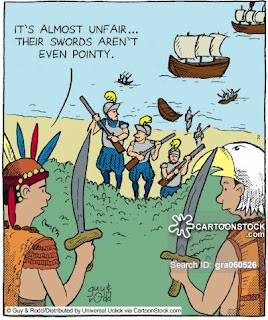 On to the bots, which I love deeply when they screw up! These are software applications running automated trading positions based on some sort of algorithm developed by their creator. I might be speaking out of my depth here but I think they are generally developed around historical price data. Of course, they are not prepared for outliers! There are also people like Matthew from The Crazed Alchemist, who is very knowledgeable on the betting/trading world and bases his positions on an in-play mathematical model, which spots value on the markets.

Finally, my own group: people who trade from home based on their market and/or sports knowledge. If you are in this group, you don’t have a technological or a mathematical advantage, so “what differentiates you from the others?” is the million-dollar question.


Differentiation – oh no, this is going to be hard work!

Yes, there are no free lunches in the trading world! Like I told you before, even the courtsiders have to differentiate themselves amongst their peers. In terms of football knowledge, this blog is intended to give you a glimpse on how to analyze a football match through the eyes of a trader. Between the lines, I already mentioned that knowing a team like Crystal Palace inside out is more valuable than knowing Real Madrid! Still, how can you differentiate yourself on market knowledge? In my first post I told you I would not dwell into my strategies, but I can tell you a little story about my path. So, my first profitable strategy was developed for the last 5 minutes of the match! To achieve it, during a year and a half I watched hundreds if not thousands of “5 minute matches”. I know it sounds ridiculous but during that period I doubt there was someone in the whole world who had a similar number of market observations for that specific match period. It was not glamorous at all, a bit like the Night's Watch! 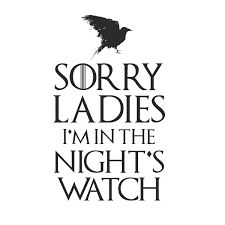 Of course, later I expanded my knowledge to the whole match, which is a lot more interesting, I can tell you! That said, the bottom-line here is: differentiate yourself, it can be football or market-wise, maybe both, but you have to do it, in order to improve your success chances.

So, it will start very slowly as I’m new to it, but following some feedback I got, I’m introducing my new twitter account: https://twitter.com/MrUnknownTrader
The goal is to give you some fast updates and previews from the matches I watch, which will feature in the blog, in the usual match review format. Hope you enjoy it!
Posted by Unknown at 11:46